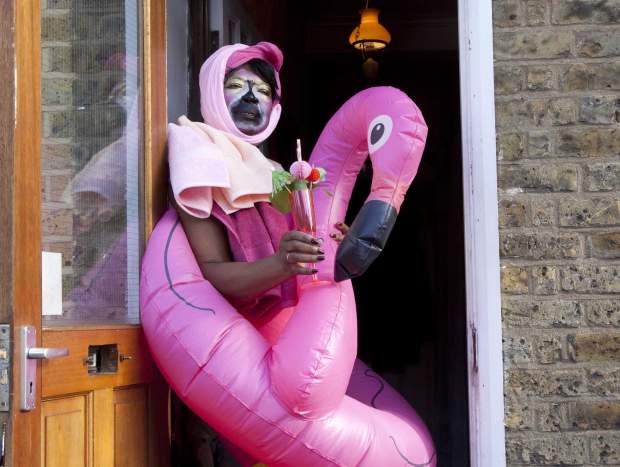 Now through the medium of virtual socials a flock is formed

Stretching their wings, cocking their yellow legs they begin to dream, to dance, reform, regroup

Babes, it’s time, let’s go ruffle some feathers n get our flamboyance ON!